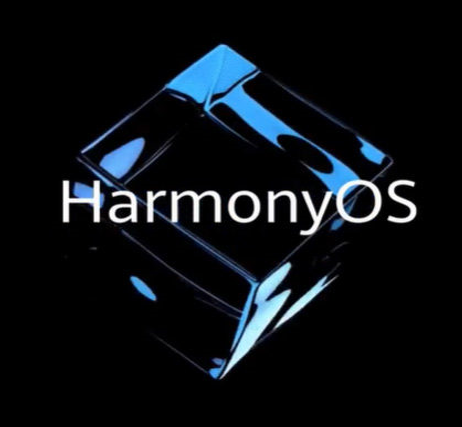 As we all know, mostly all the gadgets that we see around us and use them in our day to day life are running on an OS (Operating System). Recently, Huawei developed an in-house Operating system which is called as ‘Hongmeng OS’ in China and internationally releases with the name ‘Harmony OS’. Harmony OS unveils to be the first alternative for Android. Harmony is an open source(free), micro-kernel based distributed operating system. Huawei released it on 9th August 2019 and primarily designed for Internet of Things (IoT) Devices.

Huawei is one of the huge Chinese multinational company who envisioned their Hongmeng OS in 2012. Huawei wants to make a multi-scenario OS which has to be perfect for all the devices. Basically, the purpose for making this OS is for IOT devices like car infotainment, smart screens, smart watches, etc.

But, unfortunately in may 2019, Trump government banned Huawei in US and strictly restrict all their US based companies to do business with Huawei in all aspects due to long term security issues. Actually, US government was in doubt on Huawei of being leaking the US data with their Chinese government, hence violate the security concerns. After this on May 20, 2019 Google decided to ban the Huawei android licence.

However, Huawei had stockpile of 3 month ahead trump ban according to previous business agreements. After that Huawei’s executive Richard YU described Harmony OS as a plan-B and in July 2019, decided to use it as for smartphones. Besides all this, Huawei’s chairman Liang Hua also stated that Harmony OS is for industrial use and not for smartphones until unless google services are available for Huawei. Initially senior vice president Catherine Chen clarify that this OS was embedded for IOT hardware devices.

On 9th August 2019, Huawei officially announced the Harmony OS during an inaugural developer conference in Dongguan.

Harmony OS is micro-kernel based operating system. In simple words we can say that this OS uses less LOC (Line of Code) to implement any manipulation regard to its functioning. However, Harmony OS require only 1 LOC for the android’s 100 LOC. This makes Harmony OS works upto 27% more faster(such as app loading speed, etc) and reduced latency as compared to the Google Android OS. This OS also performs significantly far better AI experience as unlikely Android OS.

The micro-kernel of this OS is absolutely free and stated as distributed OS for almost all hardware. It has faster Inter-Process Communication(IPC) than upcoming QNX or Google’s Fuchsia(Upcoming Google’s Fuchsia OS) microkernel and real time allocation. However, Huawei says that by removing redundant code and uses a more efficient scheduling model ‘Deterministic Latency Engine’ based on real time resource reallocations makes it more efficient for software performance. It reduces the response latency of apps by 25.7%.

The best thing about this OS is that this can work very easily and efficiently due to its distributed architecture. Basically, other OS that we see in our computers (windows, Mac OS) or in our smartphones(Android) are developed specially for a particular hardware(optimized particular processor) and confined to limited scenarios. But Harmony OS is compatible and designed for multiple platform like Smartphones, computers, smartwatches, smart displays, car infotainment system, speakers and not restricted to this much only. It is designed in this way that it can work and support mostly all the devices.

The Huawei’s vision behind this Shared ecosystem is to facilitate easy connectivity between all the IOT and electronic devices without any hassel. We all know that if we want to share a file or want to connect with a computer having windows or Mac OS to our smartphone having android it will definitely create a problem or we can say that it has less chances of connectivity and fails most of the times. But if there are two or more smartphones having android than it is quite possible to connect that easily and share our data efficiently. But this is not possible for all the devices due to different OS for different devices or gadgets.

But this Harmony OS is suitable for all the devices. It will make a person to attend a video call on his phone and walking from one room to another and switching their video call to the smart TVs in another room. At the same time connected with wireless speakers and switching from one speaker to another present in next room along with position of that person in his house. This will make all the devices to function in a coordinated manner and provide the best user experience with all the devices present in our home. This makes dynamic flexibility between user and their electronic gadgets.

However, Harmony is open source Operating system likely as android which means that any brand or manufacturing unit (different smartphone brands) can use and customize it easily for their devices.

While from the security point of view microkernel of Harmony OS based on linux but uses the formal verification methods to reshape security and trustworthiness from the ground up in a Trusted Execution Environment (TEE). It is much far better than the traditional functional verification and attack simulation techniques.

Formal Verification methods are an effective mathematical approach to validate system correctness from the source. The interesting fact is that Harmony OS is the first OS to use Formal Verification in device TEE, significantly improving security. Also in addition, due to less code of micro kernel of Harmony OS likely to linux kernel, the probability of attack is greatly reduced.

Harmony OS was a unified software which means it supports Multi device IDE(Integrated Development Environment) which allows apps to be developed once and deployed across multiple devices. This provides Harmony to automatically adapt to different screen layouts controls and interactions according to the device. It is also compatible for both drag and drop control and preview-oriented visual programming.

Now the biggest achievement to be proved for which silver sword is in the hands of Huawei is that Harmony OS supports the android apps which is great news. This can be possible due to the ARK compiler which provides the developers a unified(single) platform to convert multi language codes in a single machine language. ARK port supports the APK packages to run efficiently in this OS seamlessly. This will facilitate developers to develop an android application and use it in multiple devices whether they are smartphones, tablets, wearable devices, car infotainment and many other devices.

Huawei says that Harmony OS was released for consumers from August or September 2019 in China. Globally it will arrive in the 2nd quarter of 2020. Company also says, source code of Harmony OS will be available globally by August 2020 and it will be absolutely free for all. They also confirmed that they will not release soon this OS in their smartphones and give priorities to android for their upcoming smartphones.

However, if their will be any issue in future regarding from US about its ban or Google’s android not be available than they have a complete preparations to release their OS. They also said that if google stop their services for Huawei phones than they will install their in-house Harmony OS to their all the Huawei and Honor phones via a single OTA update in a duration of 1-2 days only.