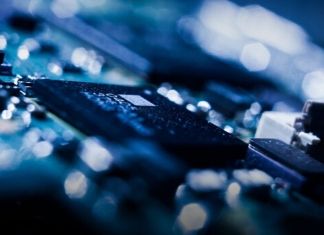 Processor is an electronic integrated circuit which means it is nothing but a collection of different types of circuits. These integrated circuits together coordinate with each other and performs an arithmetical, logical, input/output and other basic as well as complex processing task passed by an operating system. Processor is also called as CPU (Central Processing Unit). CPU is the brain of a computer system.

Processor is the main unit or main component in most of the gadgets nowadays. Processor is that component of computer that performs all the task in any computing machine. Every task which happens in any computing machine ranges from a simple opening or execution of a single line instruction (code) to the complex and advanced high-level software, all are directly or indirectly controlled or run by the processor. Nowadays, two brands are very common in the market of processors i.e. Intel and AMD. AMD basically manufacture its CPU with the name ‘Ryzen’.

Architecture of a Processor

Architecture of a processor describes the components or units of a processor on the basis at which processor works. Basically, processor consists of two main parts – arithmetic and logic unit (ALU) and Control unit (CU). Besides these components, there are also another unit on which the processor resides.

Control unit is the main functional unit of a processor. Control unit directs and coordinate all the operations in a most appropriate order (optimized manner). It coordinates the flow of data from the different components(units) of the processor.

For example, ALU, registers, buses and input/output devices in order to perform any task in a most effective and efficient way. It is therefore, also known as the brain of the computer system. As similar to the human brain, CU also control all the operations within the processor. This makes it to controls all the parts of the computer system in a coordinate manner. Basically, we can say CU is responsible for fetching, decoding, executing instructions, as well as storing results. All the components(units) controlled and coordinated by the CU.

A computer register is a storage memory unit of a processor which is used to store the data and instructions processed or executed by the processor. Whenever ALU performs any execution (process), intermediate as well as final result are temporarily stored in these registers. Registers are at the top of the memory hierarchy and are always preferred to speed up program execution.

Bus user interface (BIU) is nothing but the wires which exchange the data from different parts of the computer system. It helps to exchange data within the processor as well as from outside of the processor or CPU unit such as RAM, HDD, USB and other ports, etc. Bus user interface unit provides a medium for the transferring of data or instructions between different types of registers, RAM, and other external devices. Every system has three types of BIU to carry instructions from one part to another. These are the Address Bus, Data Bus and Control Bus.

Address Bus carry all the addresses of the instruction or data which are carried by the data bus to and from the processor.

When address bus is loaded with the address of the data loaded by the program counter then data located on that address loads in the data bus.

An instruction set is the collection of pre-defined commands which are frequently used by the processor. This makes to identify from where the data can be fetched from the RAM, HDD or from other parts of computer devices. These instructions or commands also tells the CPU that how the data can be processed in a more efficient and effective way according to the desire and need of the user.

Now this unit consists of small quartz crystal circuit known as system clock. This component look-after the timings of all the operations performed by the different units of CPU in a computer system. This system clock maintains all the processes and help them to coordinate with each other in doing some specific work. There are many small chips and units in the motherboard which require higher clock frequency than their need to run.

Nowadays, there are various units which works on a specific clock frequency to run. Due to this, there are more than one system clock units of a specific clock speed in a computer device or any other gadgets (which operates by processor). So, this make all the components or parts to run properly in a more synchronized way in order to maintain coordination and efficiency of a computer system.

Here in processor difference occurred in rate of frequency of pulses. Clock speed measured in a tick. Tick is the smallest unit of time in which a task is performed. Some task completes in a single tick Whether some task will take more than one tick to complete according to their size and some other factors too. Hence, clock speed is a unit which contributes a major role in the performance of a CPU.

This technique is presently using in the modern PCs in which more than one processor is fitted on a single chip or a board which in turn complete processing in much lesser time and impart the results in a much faster way. This is basically used in video editing, 3D rendering and various complex execution tasks.

Multi-core CPU consume less power as the task is distributed to different units so they are comparatively having minimum load on a single unit as compare to single core CPU. Hence, also known as power-aware processors. Multi-core CPU are mainly used for encoding, video editing, 3D rendering purpose.

The computer processor is designed on behalf of the hardware as well as software. Type of a processor is defined according to its way of work. In simple way, we all know that some software only run on particular hardware. For example, we can’t run the software file running on windows in the Mac Operating system. Because we all know that Mac OS recognizing file extension is different from the windows OS. So, on that basis, processors are classified in two categories:

Intel’s hardware-oriented approach led to rise of CISC architecture in which more complexities are added to hardware in order to keep software simpler. CISC is a processor hardware in which all the commands and instructions are pre-programmed which results in the simple software programming. Software used for these types of process are not so complex and are easy to build due to its compact and simple programming module. Due to compact and brief coding, these software have less execution time and are more efficient. Advantages of CISC processors include:

Apple hardware-oriented approach led to rise of RISC architecture. RISC utilizes small but highly optimized set of instructions. In a research done by IBM, it was found that 20% of instructions are utilized for 80% of total work. It was surprising results for IT organizations. Due to this RISC architecture is developed in which less instructions are pre-loaded in the hardware which are frequently used in day to day life by the user. Due to less instruction set memory management in the processor is easy for the developers and able to faster execute the programs which results in high performance at a low power hence it is power efficient too.

On other hand, RISC place extra demand on programmers in order to implement complex instructions by combining simple instructions. Due to simple and brief instructions less hardware circuitry is used which results in less expensive hardware architecture processors. RISC processors are also used in small gadgets like wrist bands, etc. due to its simple hardware and its power efficient architecture.

Modern facts about CISC and RISC

As we know that CISC uses parallel processing and RISC uses pipelining processing. Both of them have their own benefits and advantages as well as dis-advantages. As the time passes, the lines between these two architectures begun to blur. Now companies of these two architectures started using RISC pipelining technique in CISC to gain better performance. On other hand, CISC parallel processing is used in RISC to gain programming optimization of their software. It also increases the no. transistors like CISC to store more instructions at a time to process.

Presently, 5nm technology is latest one on which the processor is recently manufactured. Modern micro-processor chipsets have billions of transistors in a single chip. Major parameters on which architecture of processors (CPU) availed are 22nm, 16nm, 14nm, 12nm, 10nm, 8nm, 7nm, 5nm. Recently, companies like Apple and Huawei are working on the 3nm technology which is said to be the most efficient processor architecture in the upcoming days.