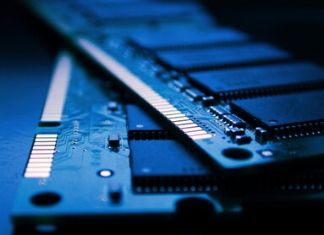 Often times when I am trying to find out that how RAM (Random Access Memory) works, then I came to know that it’s called something different by different peoples. After that, I personally consider the word “RAM”, while I have also heard another popular term i.e. “Memory” or “Memory Sticks”. Basically “RAM” stands for “Random Access Memory” so from this it is easily understood that RAM is a type of memory and also a topic which isn’t well understood that what RAM exactly is and why it is so important that we have this in our computers, laptops, smartphones and in various types of data processing devices?

Actually RAM(Random Access Memory) is faster(not the fastest) or high speed storage device that our computer and its applications randomly utilize to store and access the data temporarily. It is also called as short term memory because it works by storing common data of that program which is executing or running at the current time instead of storing data which are not in use as the solid state drive(SSD) or hard-disk drives(HHD).

RAM is also called a Volatile Memory because the data will stored in the RAM as long as it has a power supply, if there is no power supply than the data stored in RAM will automatically erase. It also stores the necessary files at the time of booting and the core files used to load the OS(operating system) in the beginning when the computer or any other RAM utilizing device starts.

In much simpler terms, it’s an excellent truck which is loaded with data and it avail the data to the processor on its call.

As the time passes from past few years, there is a lot of changes which takes place in our computer devices and the one from that change is the Speed of working of RAM which increase upto much higher extent and it also provoked the advancement of motherboards to favour the RAMs to run at their peak performance. This advancement definitely changed our way of computing but almost every user wouldn’t have notice anything different.

SRAMs are fastest type of RAMs because their access time is very less so these types of RAMs are used to develop cache memories which are widely used in the processors. But SRAMs are less efficient as they require constant power supply so they consume more power. SDRAMs are expensive because of their faster speed and the more number of transistors used as compare to DRAMs.

DRAMs (Dynamic Random Access Memory) use only a single transistor and one capacitor in its single cell and this capacitor periodically charge itself so that constant power is not required. This capacitor supplies the power to that single transistor whenever needed to  keep it active. This working principle makes DRAMs more efficient than SRAMs.

On another hand, this type of RAMs are slower as compared to SRAMs but not to the considerable extent. These type of RAMs are less expensive as compare to SRAMs due to less number of transistors used in it. So that’s why DRAMs are widely used as the main memory for computer and other RAM utilizing devices nowadays.

The speed of a RAM is an essential factor and its requirement depends on the type of tasks or purpose of the task we have to do. Each sort of RAM has a certain “Speed Limits”, which is measured in Megahertz (MHz). This speed allows data to make in and out between hard-disk (HDD) and processor (CPU) even faster.

Some motherboards even have technical limitations on the basis of ranges of RAM speed which it can handle. This is one of the reasons by which we can prevent overheating, otherwise, the motherboard firmware may doesn’t support it.

Let’s take an illustrated example of why knowing this is often important. Suppose if you buy a 1833mhz stick of RAM for your computer but motherboard specifications say it can only accept 1333mhz RAM or lower, it’ll throttle to 1333mhz. Essentially, it slows down the stick to match the motherboard’s imposed regulation. This will also happen with mixing high-speed RAM with low-speed RAM. Your system needs uniformity, so it’ll throttle your faster stick to meet its need.

Another thing to notice is that there generally isn’t fast RAM with an old DDR type. Most 3000mhz RAM or above is merely available in DDR4, and really there is no scope for 1333mhz RAM speed in the trend of DDR4 RAMs.

So there is a chart of available ranges of RAM speeds according to their type in which they are availed:

There are some DDR3 sticks that enters in the speed of DDR4 RAMs and vice-versa but most of the time the value doesn’t merit the gain anymore.

There are also different form factors available, respectively called DIMM(dual in-line memory module) and SO-DIMM(Small outline-dual in-line memory module). The shape factor DIMM is typically used for Desktops where SO-DIMM is typically used for laptops. It’s worth mentioning that there’s a kind of RAM specifically built for servers, but if you were getting to do this, you’re likely to already know most of the knowledge during this article.

If you’re using DIMM or SO-DIMM memory, DDR-type rules still apply. So, there are even as many DDR4, SO-DIMM RAM sticks than there are DDR4 DIMM RAM sticks. Also, you can’t fit a SO-DIMM stick to a slot that’s expecting a DIMM stick. It’s just not physically possible.

Nowadays RAM usually comes in either 1GB, 2GB, 4GB, 8GB,16GB or 32GB sticks. Computers with less RAM can’t do multi-tasking. If you only have 4GB of RAM you simply have enough “short term memory” to try to do maybe one or two programs at a time but you won’t be ready to use Netflix and Photoshop at an equivalent time, without significant hamper.