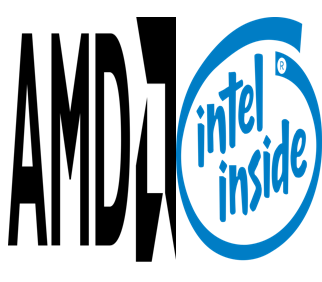 AMD the American multinational company whose full-form stands for advanced microprocessor devices was founded on May 1, 1969, by Jerry Sanders, and Intel was founded on 18 July,1968 By Robert Noyce and Gordon Moore.

Both Histories of AMD and Intel link back to an American semiconductor company whose base was in San Jose, California named Fairchild Semiconductor.

To find the beginning of AMD and Intel we have to dig deep and find its roots, but where did all this start?

To get this answer we have to reverse time to 1954-1955 and observe closely to William Shockley.

William Shockley(Root for both AMD and Intel)

He was an American physicist and inventor. William Bradford Shockley, John Bardeen, and Walter Houser were jointly awarded the Nobel prize in 1956 for their research on semiconductors and their discovery of the transistor effect.

But before this (1954-1955) he thought of establishing his own mass production of advanced transistors and Shockley diodes.

Initially, Raytheon sponsored his project but discontinued it after a month. Afterward in August 1955, Shockley turned to Arnold Beckman, the owner of Beckman industries to financially support his work. At that time, Shockley was in need of 1million dollars. Shockley was a person whose background was research-oriented but thinking his inventions would be beneficial for his own company, Beckman agreed to create and fund a laboratory but under a condition that all his discoveries have to be bought to mass production within two years.

As a result, Shockley Semi-Conductor laboratories started as a new department of the Beckman instrument. The deal was signed and the license of all necessary patents was bought for $25000. Selections were taken in 1956 where each candidate was asked to pass a psychological test, followed by an interview.

Shockley wanted to hire some of his former colleagues from the Bell Labs but none were willing to move to the west coast or work with Shockley. He then founded the core of the company with 32 members in a lab in September 1956. Throughout the year 1956, most members of the lab were assembling and tuning the equipment whereas Noyce and Hoerni carried out individual research. Historians characterized Shockley’s state of mind as autism (state of mind). All the phone calls were recorded and the staff was not allowed to share their results even when they were working in the same building. There arose a trust issue between Shockley and his employees.

Also, he was sending the reports to Bell Labs for double-checking. He even sent the entire lab for a lie detector test which eventually everyone refused. As a result, the team started losing its members. Jones was the first to leave in 1957 due to a conflict with Grinch and Hoerni. Later Noyce and Moore separated their ways where Moore led the dissidents (in opposition to official policy) and Noyce tried to resolve the conflicts.

In 1957, Kleiner asked for permission to visit an exhibition in Los Angeles instead he flew to New York in search of new investors and his parents. He was assisted by New York residents and supported by Blank, Grinch, Last, Roberts, Hoerni, and Moore.

Arthur Rock and Alfred Coyle from Hayden, Stone & Co. became interested in the offer because they believed that trainees of noble laureate were destined(target) to succeed.

On May 29, 1957, Moore presented Arnold Beckman an ultimatum to solve the “Shockley problem” or they would leave. Beckman refused to replace Shockley’s position with another professor believing that Shockley could improve the situation but this didn’t work. In 1957 Beckman put a manager between Shockley and the team but the seven employees had made their decision and at the last minute, they were joined by Noyce.

Fairchild (Parent of AMD and Intel)

In 1957, the company was approached by the members of the “traitors eight”. Rock and Coyle met with the inventor and businessman Sherman Fairchild, a meeting of the “California Group” was held in the Cliff Hotel in California, and an agreement was made with Fairchild.

The traitors eight along with Rock and Coyle became the core of the new company. The capital of the new company Fairchild Semiconductor was divided into 1325 shares. Each member off the eight received 100 shares, 225 shares went to Hayden. Stone.Co and 300 shares remained in reserve. Fairchild provided a loan of $1.38million. To secure the loan the traitors eight gave Fairchild the voting rights of their shares with the right to buy their shares at a fixed total price of $3million.

Fairchild Semiconductor was founded as a division of Fairchild Camera and Instrument in 1957 and soon it became a pioneering in the manufacturing of transistors and of integrated circuits. They choose ‘silicon’ over ‘germanium’ which at that time was the most common semiconductor material. Noyce visioned that silicon semiconductors would herald the start of disposable appliances due to cheap electronic components rather than be repaired when worn out. Silicon was used as a substrate because the material cost would then be just sand and a few wires and the major would be in the manufacturing process.

The first transistor was of the Silicon Mesa Valley which was innovative but poorly reliable at that time. The first marketed transistor was the ‘1958 2N697’ a mesa transistor developed by Moore, which was a huge success. At the same time, Jean Hoerni developed the planar process. As a result, transistors could be made easier with a lower cost, high performance, and reliability.

Soon the Fairchild planar process was licensed by many transistor companies.

In 1960 the company built the first integrated circuits with four transistors on a single silicon wafer (a very thin slice of a semiconductor crystal used as the substrate for solid-state circuitry) and progressed from twelve employees to twelve thousand employees with a yield of $130 million a year.

But everything didn’t go well for a long time. In the sixties, the atmosphere inside Fairchild changed. It began losing its status as a leader and driver of innovation in the industry. The innovators inside the company were not being rewarded as they should be moreover the revenue, they generated went to the Fairchild Camera and Instrument. As a result, very little revenue came to Fairchild Semiconductor where the real innovation was taking place.

If you remember Robert Noyce had a big role to play each time.

When there was a conflict between Shockley and the other members Noyce stood behind Shockley and tried to resolve the conflicts. Similarly, Noyce’s vision was the reason Sherman Fairchild agreed to create the semiconductor division for the traitors eight (although why this term is used is not specified).

This time also Robert Noyce and Gordon Moore who were considered leaders equal moved out and founded Intel in 1968. This is the noticeable point where AMD and Intel both were separated from each other.

Hence Intel is born. Similarly, Jerry Sanders who was at that time the Worldwide Sales Manager at Fairchild semiconductor confronted (challenges) senior management of the dire(degrading) situation and left a year after Robert Noyce and Gordon Moore founded AMD (advanced microprocessor devices) in 1969.

Hence, AMD is born. This is the history of AMD and Intel. However, AMD and Intel are both companies that are nowadays working separately and stand in competition in front of each other.