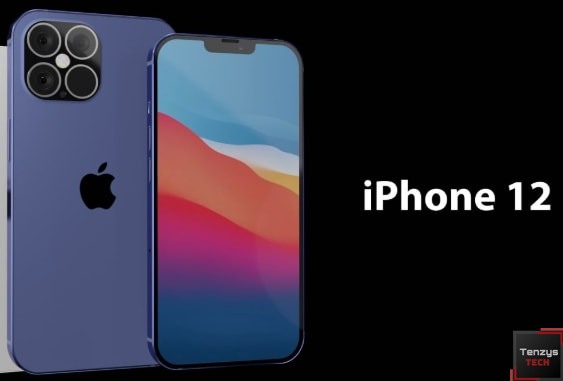 According to the earlier rumours, the Apple iphone 12 was coming in the month of September but Chief financial officer Luca Maestri noted that last year’s iPhone 11 shipped in September, but added “this year, the supply of the new product will be a few weeks later than that.” It means that Iphone 12 release date lies to be in October. Some rumors have suggested a November launch or staggered release date for the new iPhones.

Specifically, iHacktu tweets, Apple will host an online-only event to showcase new iPhones, the Apple Watch 6, new iPads and the long-awaited Air Power wireless charger on September 8. In a follow-up tweet, iHacktu says the event may be in September but the phones won’t ship until October. Sources familiar with the company report that Apple has been also considering a delay of several months, which could easily push the iPhone 12’s release back into 2021, as a result of COVID-19.

According to strong rumours, Apple may launch its four variants of iphone 12 i.e. one at 5.4 inches, two at 6.1 inches and the largest variant measuring 6.7 inches. All the variants of 2020 iphone have the 5G capabilities, says Kuo.

The iPhone 12 models coming in 2020 will use an Apple-designed 5-nanometer A14 chip manufactured by TSMC. The A14 chip is expected to bring both speed and efficiency improvements that could bring small gains in battery life to compensate for 5G, which uses additional battery.

As we’ve suspected for a while, it looks like Apple will whip away that slightly under-par 64GB base storage option later this year (the 2020 iPhone SE still offers a baseline 64GB allocation, but that’s firmly aimed at the budget-conscious buyer). The minimum will be 128GB.

Rumors suggest Apple has no plans to include a power adapter or EarPods in the box with the iPhone 12 models, letting the company cut down on production costs and packaging. Instead, Apple may offer a 20W power adapter that can be purchased separately. The USB-C to Lightning cable could get an upgrade, though, with rumors indicating Apple plans to offer a new braided cable design. This decision may be due to the increasing e-waste on the earth so accessories should be purchased by the users according to their need.