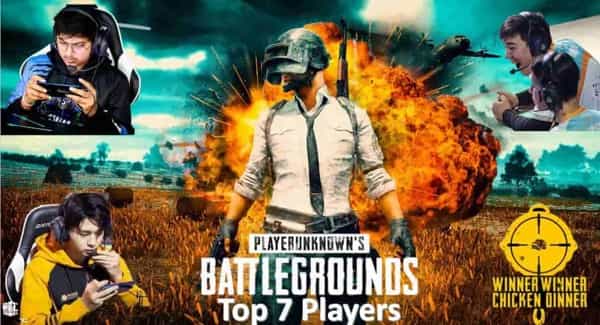 So let’s have look at their descriptive information about each player starting from 7th Rank and further go to the top rank players.

Lutz is known for its aggressive gameplay and a good assaulter. His real name is “Mehmet Ali Inan” and belongs from Turkey. He is associated with the Futbolist team. Basically, the Futbolist team is known for its violent play. They love to make an attack against their opponent and try less to be defensive. To the contribution of their achievements, they won the PMWL West 2020 and also managed to get 7th Position in PMGC League 2020.

Sylass and Rayz belong to Turkey and their real names are Mehmet Akif Kastal and Berkin Cetin respectively. They are the players in the team called Klas Digital Athletics. They both are popular for their fragging power. Along with their team, Sylass and Rayz achieved the second position in EMEA and 5th position in the PMGC league in 2020.

Luxxy whose real name is Bagus Prabaswara belongs to Indonesia is one of the best snippers which we got to found in PUBG Mobile. He represents one of the popular teams called Bigetron RA. They had won the PMWL East and in that, with 142 kills Luxxy was the top fragger. He also secured the 1st position in the PMCO Fall and the 5th position in the PMCO Spring.

Zuxxy whose real name is Made Bagas Pramudita is a 16-year-old guy and he is incredibly good in the game. However, he is a twin brother of Luxxy and the leader of Bigetron RA. His achievements are Esports Mobile Player of the Year award and the MVP award at PMCO Fall 2019 at 1st Position and secured the 5th Position in PMCO Spring. Even with his team, he has finished the lead with a massive 100 points in the Fall Championship.

The real name of Paraboy is Zhu Bocheng which belongs to China. He is one of the most famous PUBG Mobile players around the world. HE is known to be a good assaulter and belongs to the team Nova XQF. He has won the MVP Award in PEC 2020 at 1st position and secured 2nd position in the PMCO Spring. Along with his talented team they also achieved a win in the PEL season 2 and PEC 2020. However, Paraboy is the best aimer with close as well as medium-range combat and hardly loses any gunfight with players in front of him.

Gonzo belongs to Kazakhstan and his real name is Nursultan Nartbayev hails. The team to which he belongs is Konina Power. He is known to be the best headshot killler and secured the 6th rank in PMGC 2021 and the 4th position in PMGC 2020. Gonzo is also served with the Headshot Master Award in PMGC and in that tournament his rate of a headshot is 25% which is the highest among all the players in the tournament.

Wachirawit “Earnny” Ramangkool is one of the best PUBG players from Thailand. He is the top assaulter from RRQ Athena. At the point of his achievements, he is one of the top fraggers of PMGC 2020 and he also acquired 2nd place in PMSC World Cup. By the way, his team “RRQ Athena” secured 3rd Place in both the PMGC League Stages and the PMWL East. Along with this Earnny also secured 4th place in the PMCO Spring.

That’s all about the top 7 PUBG players of the current year 2021. For more updates get in touch with us, Thank You.