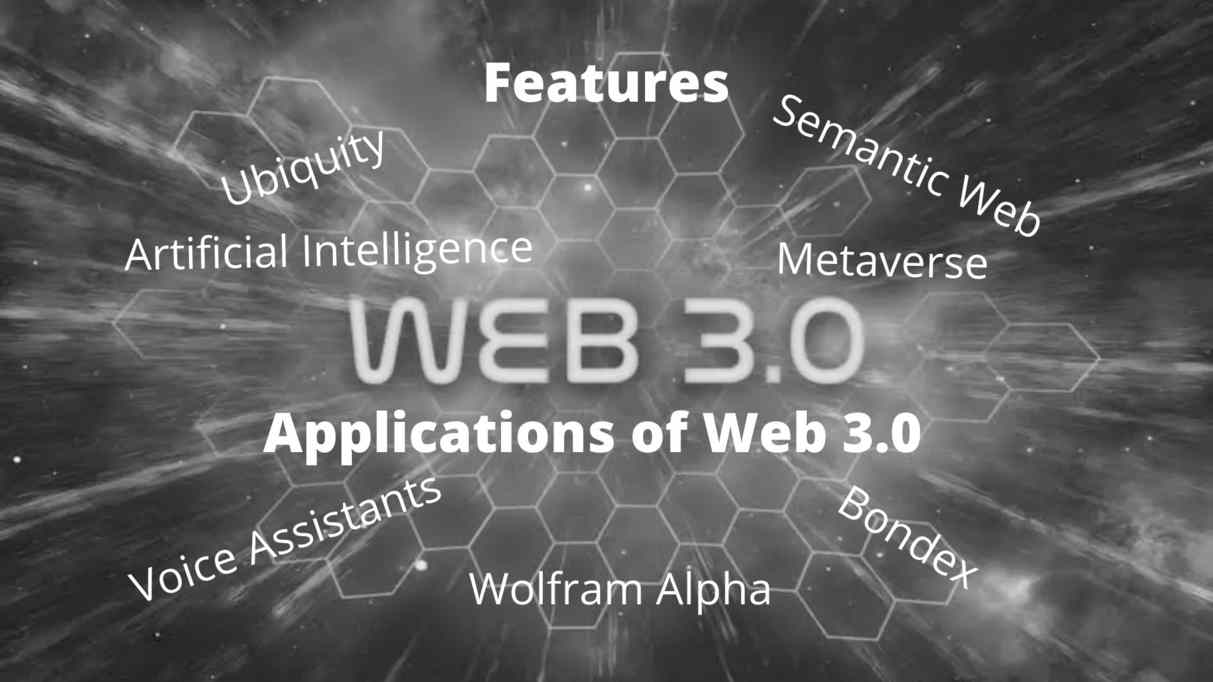 As we all know that Web 3.0 refers to the third generation of Internet services that will concentrate on comprehending and analyzing data in order to deliver a semantic web. Its purpose is to make websites that are more open, linked, intelligent, and user-friendly.

However, because Web 3.0 has not yet been deployed, there is no firm definition, and it is based on ideology rather than actual facts that can be studied.

Web 3.0 makes the Internet available to everyone, everywhere, at any time, without the need for computer or smartphone connectivity, and is heavily reliant on IoT sensors. Being or having the power to be everywhere, especially at the same time, is characterized as ubiquity. We can sum it up in one word as prevalent. In that sense, Web 2.0 is already prevalent since, for example, a Facebook user may instantly snap and share an image, which then becomes widespread because it is available to anybody, regardless of location, as accessible to the social media network as feasible.

Web 3.0 simply takes this a step further by making the internet available to anybody, at any time, everywhere. Because IoT (Internet of Things) technology will bring out a variety of new sorts of smart gadgets, internet-connected devices will no longer be confined to PCs and smartphones as they were in Web 2.0.

True, blockchain and cryptocurrencies are being gradually integrated into the present economic paradigm, and it’s yet unclear whether they’ll be fully integrated or become the main currency. Cryptocurrencies, on the other hand, are envisioned as a way of compensating content providers in Web 3.0, who would earn a token every time someone viewed their stuff.

These three technologies will have a strong link since they will be integrated, automated, and interoperable. Smart contracts will be used to support a variety of behaviors, including application sharing, transactions, and censorship-resistant P2P file storage. It would be a complete shift in the way businesses operate, as well as the empowerment of users and producers.

Web 3.0 machines are capable of reading and deciphering the meaning and emotions communicated by a set of data, resulting in intelligent machines. Despite the fact that Web 2.0 has comparable capabilities, it is still mostly human-based, which allows for corrupt behaviors such as biased product evaluations, manipulated ratings, and so on.

For example, internet review services such as Trustpilot allow customers to leave feedback on any product or service. Unfortunately, a business may easily hire a huge group of individuals to write great evaluations for its meritorious items. As a result, in order to deliver accurate data, the internet need AI to learn how to separate the real from the fraudulent.

Following the Gamespot trading incident, Google’s AI system recently erased roughly 100,000 negative ratings of the Robinhood app from the Play Store after it spotted efforts at rating manipulation meant to intentionally vote down the app. This is AI in action, which will soon be integrated into Web 3.0, allowing blogs and other online platforms to search through data and customize it to the preferences of individual users. AI will eventually be able to present people with the best filtered and impartial info available as technology improves.

Web 3.0 is also known as the Spatial Web by some futurists because it intends to blur the border between the real and the digital by reinventing graphics technology and bringing three-dimensional (3D) virtual worlds into sharp relief.

3D graphics, unlike their 2D predecessors, provide a new degree of immersion not just in futuristic gaming applications like Decentraland, but also in other industries such as health, real estate, e-commerce, etc.

The capacity to digest enormous amounts of data and transform it into factual knowledge and meaningful operations for users is a frequent necessity for a Web 3.0 application. With that said, these applications are still in their early phases, which means they have a lot of opportunity for development and are a far way from how Web 3.0 apps may work.

Amazon, Apple, and Google are among the corporations that are developing or existing goods that are being transformed into Web 3.0 apps. There are a few ways earlier Web 3.0 apps available now. Let’s have a look:

Web 3.0 is fast-growing dependent on voice recognition technologies. Using speech recognition and artificial intelligence, voice assistants can fulfill complex and individualized tasks. Put them on a decentralized architecture, and your data is no longer exploited for profit by a single firm.
Siri is a great illustration of where Web 3.0 is taking computer users, as iOS devices have begun to communicate in order to provide better search results. Siri and other personal assistants, for example, will deliver clear responses to inquiries instead of the disagreeable “I don’t know.”

Bondex is a Web 3.0 talent ecosystem that combines a talent network and marketplace with financial capabilities. It is partially owned by its user community through tokenized incentives. This dApp simplifies your life by offering services ranging from professional networking to finance solutions.

Bondex’s decentralized P2P technology offers a new revenue-sharing business model by dispersing more revenues across the global talent pool and employing enterprises, as well as better aligning incentives among all players for long-term development and value creation. This is reinventing the economic paradigm of the professional network.

Wolfram Alpha is a “computational knowledge engine” that, unlike search engines, provides direct answers to your questions rather than a list of web pages. Search “England versus brazil” on Wolfram Alpha and Google to examine the differences between the two countries.

Because “football” is the most popular search term, even if you don’t use “football” as a keyword, Google returns World Cup results. Alpha, on the other hand, would offer you a comprehensive comparison of the two countries, as you asked. This is how Web 2.0 differs from Web 3.0.

Web2 refers to the current version of the internet that most of us are familiar with. A web dominated by businesses that offer services in return for your personal information. Decentralized programs that operate on the blockchain are referred to as Web3 in the context of Ethereum.

Dr. Gavin Wood, creator, and president of the Web3 Foundation talks about the ethos and vision of Web 3.0 and presents the Web 3.0 Technology Stack as a mechanism to track our progress.

Web 3.0, often known as the decentralized web, is the most recent generation of internet apps and services that are enabled by blockchain technology.