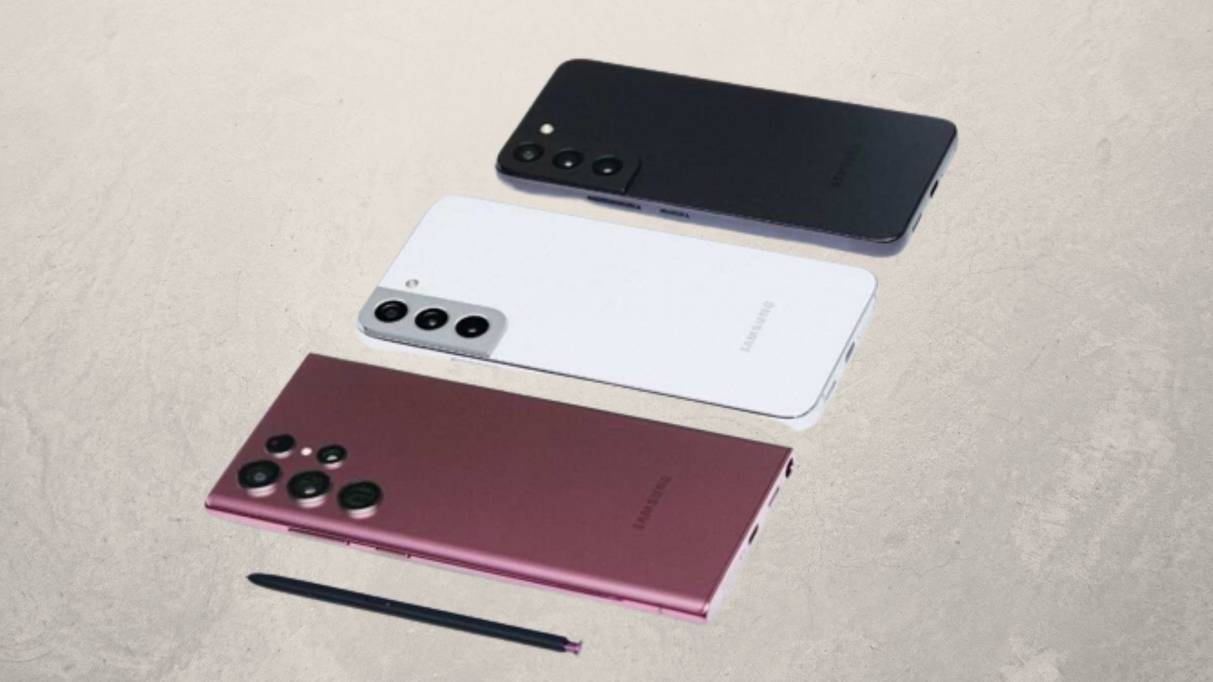 With great enthusiasm, the South Korean tech titan unveiled its latest invention, the Galaxy S22 series. The Samsung custom smartphones are eye-catching and offer larger and more diverse performance in all aspects.

In the virtual event, which was also presented in the metaverse, Samsung also reaffirmed its commitment to the environment along with innovation for its consumers. Both the Samsung Galaxy S22 and S22+ will be available with 8GB RAM+128GB storage and 8GB RAM+256GB storage. The premium Samsung Galaxy S22 Ultra, on the other hand, will be available in 8GB RAM+128GB, 12GB RAM+256GB, 12GB RAM+512GB, and 12GB RAM+1TB versions.

The Galaxy S22 has a 6.1-inch full-HD+ Dynamic AMOLED 2X display with Gorilla Glass Victus+ protection and runs Android 12 with One UI 4.1. On the panel, which has an adaptive 120Hz refresh rate, the company has also included its Eye Comfort Shield for blue light reduction. The S22 is equipped with an octa-core 4nm SoC and 8GB of RAM.

Up to 256GB of storage is available, as well as 5G, 4G LTE, Wi-Fi 6, Bluetooth v5.2, GPS/ A-GPS, NFC, and USB Type-C port connection. It also has an ultrasonic fingerprint sensor built into the display. The Galaxy S22 has a 3,700mAh battery that supports 25W fast charging and 15W wireless charging. It also has wireless PowerShare for wireless charging in reverse. The phone is 168 grams in weight.

The S22+ is powered by Android 12 including One UI 4.1 on top. It comes with a 6.6-inch full HD+Dynamic AMOLED 2X display with Eye Comfort Shield. The smartphone has a refresh rate of 120Hz and a maximum brightness of 1,750 nits. This variant also has an octa-core 4nm SoC and 12 GB RAM.

The Galaxy S22 Ultra features a gleaming, symmetrical frame. This is also the only S series gadget that include a S Pen. The high-end smartphone is powered by Android 12 with One UI 4.1 on top. The display is a 6.8-inch Edge QHD+ Dynamic AMOLED 2X with a 120Hz adaptive refresh rate. With a peak brightness of 1,750 nits, the gadget is protected by Gorilla Glass Victus+. The Wacom technology on the S22 Ultra has also been improved. This is to support the S Pen’s improvements. The S22 Ultra is powered by an octa-core 4nm SoC with 12GB RAM.

The Tab 8 and Tab 8+ include a dual rear camera configuration with a 13MP primary sensor, a 6MP ultra-wide shooter, and an LED flash. It also has a front-facing 12MP ultra-wide shooter, which is perfect for video calling. The Samsung Galaxy Tab S8 Ultra, like the other two variants, has the same back camera module, but it also has a dual-camera arrangement at the front with 12MP wide and ultra-wide lenses.

The Galaxy S22 was unveiled on February 9 at Samsung’s Unpacked event, and it will be available for purchase on February 25. Pre – orders for the phone are available immediately, and many of the greatest presale deals stop on February 24, so you’ll want to get yours in as soon as possible.

Does the Samsung S22 have a pen?

No, instead of Samsung S22, the Samsung Galaxy S22 Ultra goes above and beyond its brothers, establishing itself as a legitimate successor to the company’s successful Note series. It may be called a Galaxy Note in all but name, with sharper angles and an incorporated S Pen pen. In fact, the S22 Ultra is less expensive than its predecessor when you consider the complimentary S Pen, which was a $40 add-on for the S21 Ultra. The new Ultra, unlike the S21 Ultra, includes a built-in silo for keeping the S Pen.