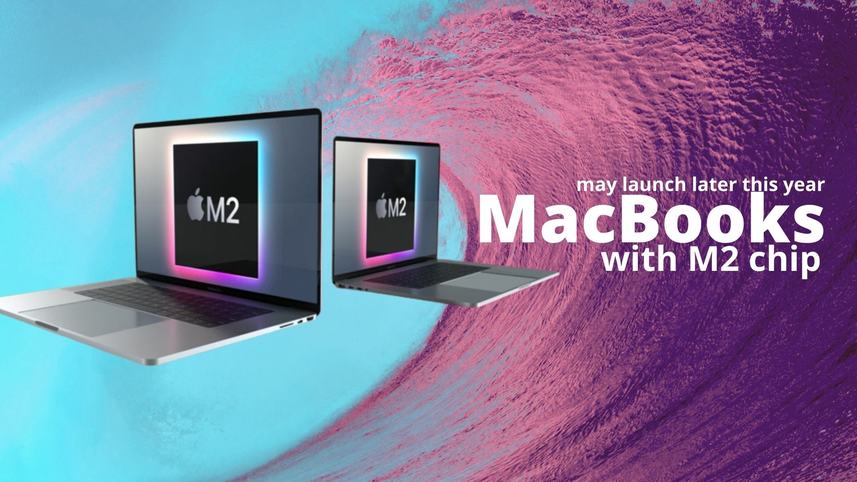 Apple announced many announcements during the Peek Performance 2022 event, including the iPhone SE 2022, iPad Air, and more. It did not, however, disclose any new MacBooks. According to a recent story, Apple may unveil two new laptops later this year. In addition, Apple is likely to unveil the next-generation Apple Silicon M2 chip, which will succeed the M1 chip.

Apple is rumored to be working on a successor to its M1 processor, which might be dubbed M2. What’s more intriguing is that there are already rumors that the new processor will be utilized in the redesigned MacBook Air and a new 13-inch MacBook Pro.

Apple is expected to release a MacBook Air and a 13-inch MacBook Pro with an M2 processor later this year, according to a report from 9to5Mac. Apple analyst Ming-Chi Kuo’s recent forecast that Apple will employ M1 or an improved version of it in its next-generation MacBook Air is erroneous, according to the report.

Despite analyst Ming-Chi Kuo’s belief that the next MacBook Air would use an upgraded M1 chip, sources close to the website verified that the product is being created using the new M2.

The M2 processor is believed to be used in a single variant of the next-generation MacBook Air, codenamed J413.

According to 9to5Mac, Apple may delete the “Pro” moniker off the 13-inch MacBook Pro and call to it just as “MacBook,” as they did in the past.

It’s worth noting that we’ve learned a lot about how the next-generation MacBook Air and 13-inch MacBook Pro will work from people like Bloomberg’s Mark Gurman, who also verified that the next MacBook Air will have an entirely new design.

Bloomberg’s Gurman had previously speculated that the new M2 chip will have the same eight-core CPU as the M1, but with nine and ten-core GPU possibilities.

The M2 gadget is likely to arrive later this year, despite the lack of clarity on the release date.